We’re here quite early this week, as this was a relatively simple chapter to get through (unlike the monsters that were the past two chapters). The bulk of it is really the Kanjuro being the traitor stuff, but since I already had a full script for a theory video I was working on regarding Kanjuro possibly being the traitor, since it’s been confirmed in this chapter I just reused that script to talk about him here. And since the rest was pretty straightforward, for once today’s analysis is on the actual day of release! Let’s start then!! 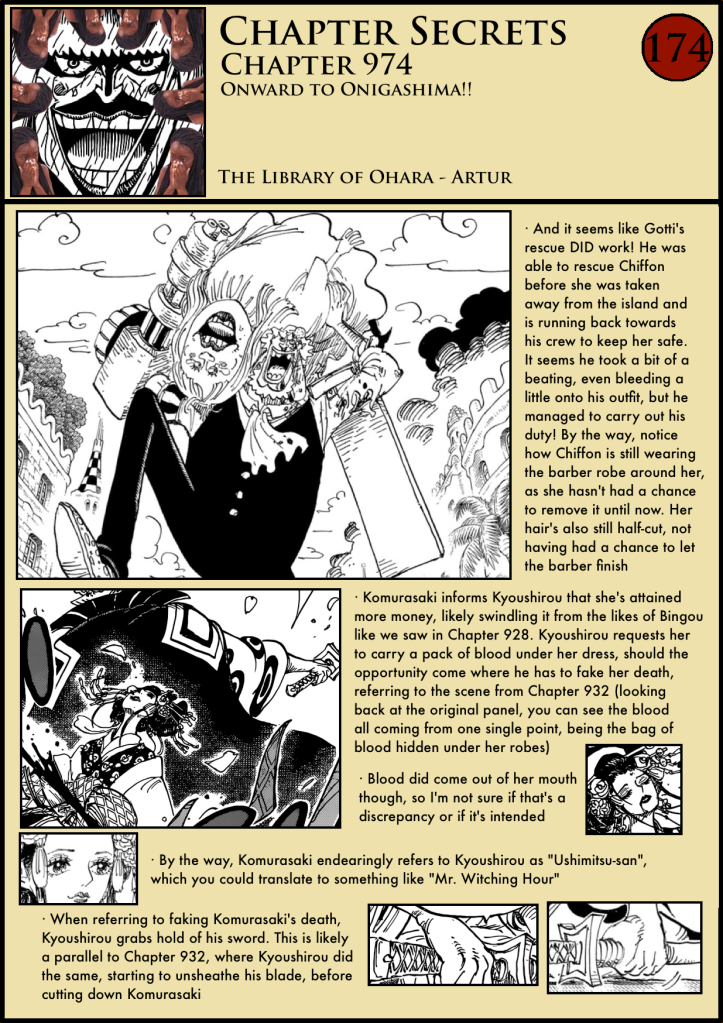 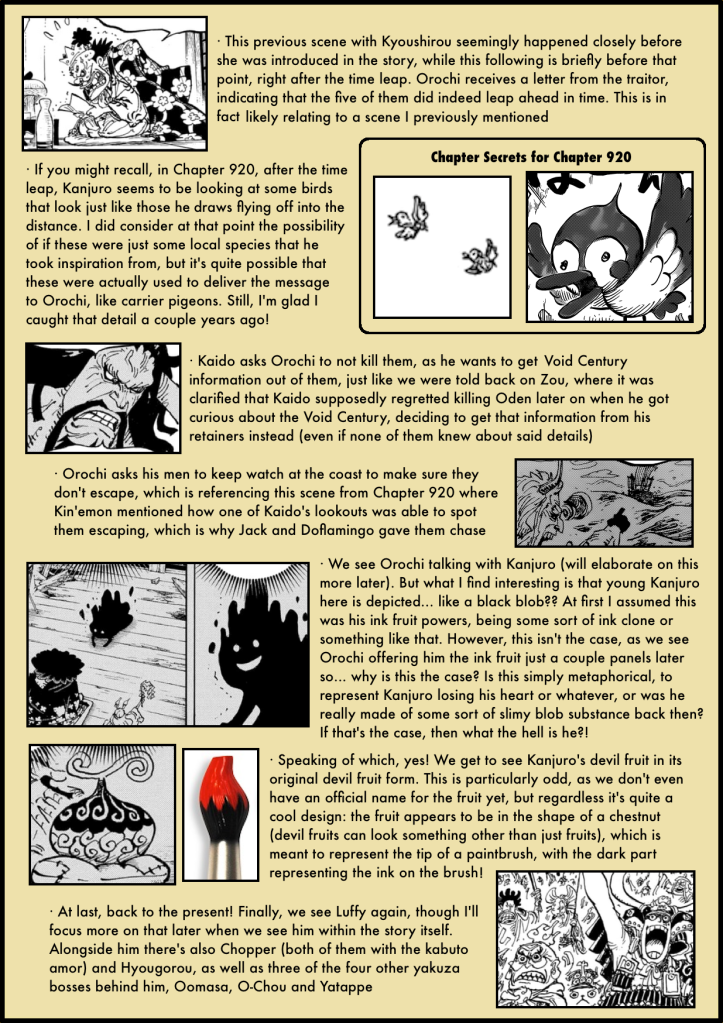 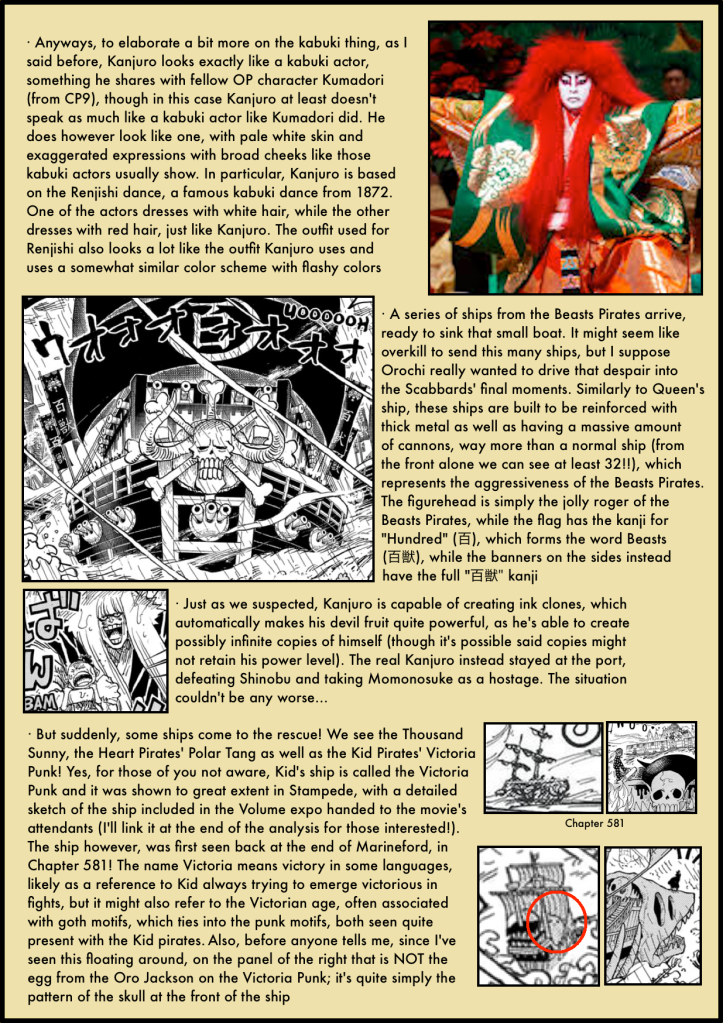 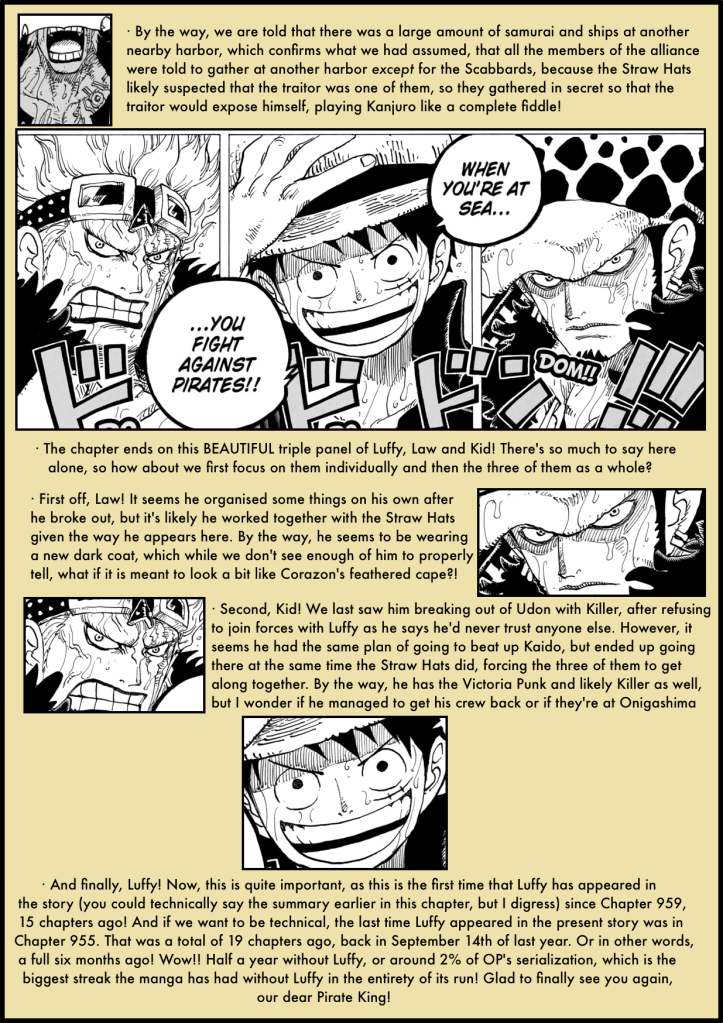 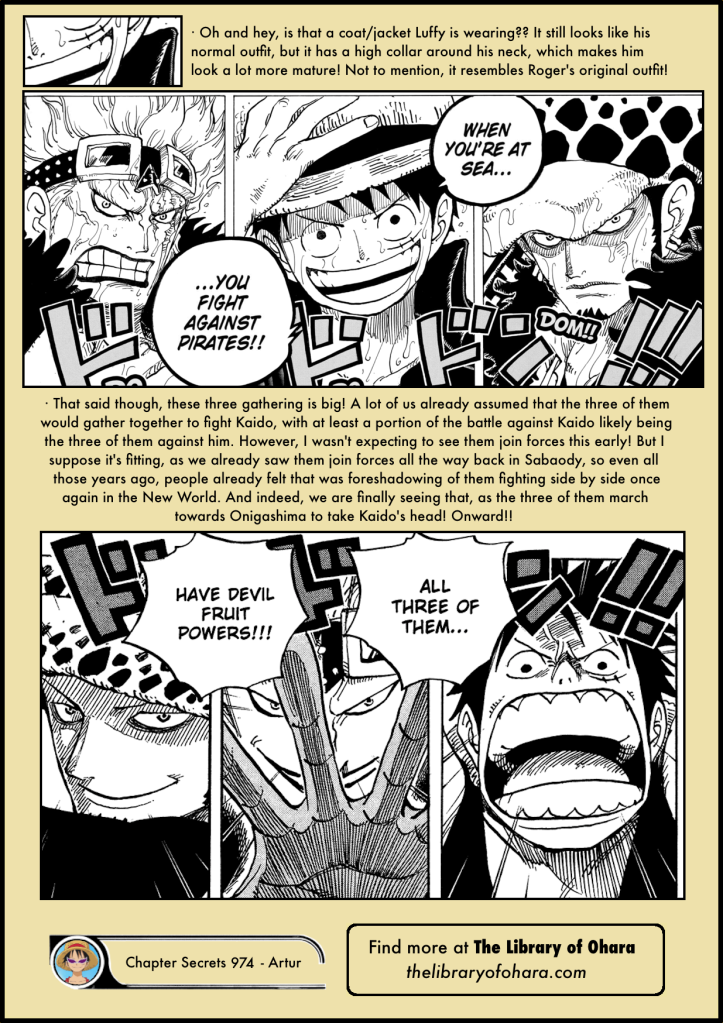 If you want to take a better look at Kid’s ship, the Victoria Punk, check this out!
https://thelibraryofohara.com/2019/08/14/official-designs-of-the-supernova-ships-by-oda/ 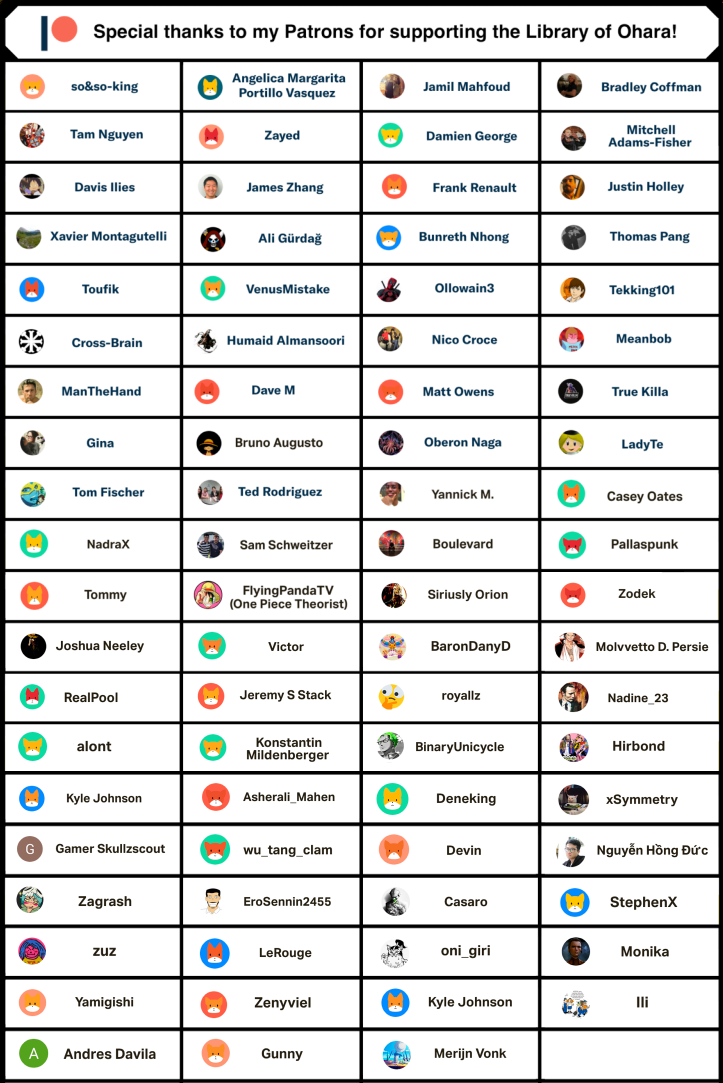