Hello everyone! As I’ve announced, I’ve been working on a switch to the official release over these weeks, hence why from now onward, please wait for Chapter Secrets after the official release. I know not everyone is content with me taking this stance, but I hope that you can respect my choice in the same way I will respect anyone else’s. I’ve long since wanted to support One Piece officially, in spite of all the issues i find with the official release, so I wish to make this change out of my own volition. There are some details I’d like to go through, so expect that in its own individual post in the coming days to clarify things.

This Chapter Secrets was made on the original Japanese version of the chapter, though I’ve checked all available translations as well. The panels used here on the other hand are taken from the official Spanish release, as it has some of the highest quality panels and little blurriness, unlike the English release. As such, I felt they were the best fit for my Chapter Secrets, so that the details are as visually noticeable as possible. Enjoy! 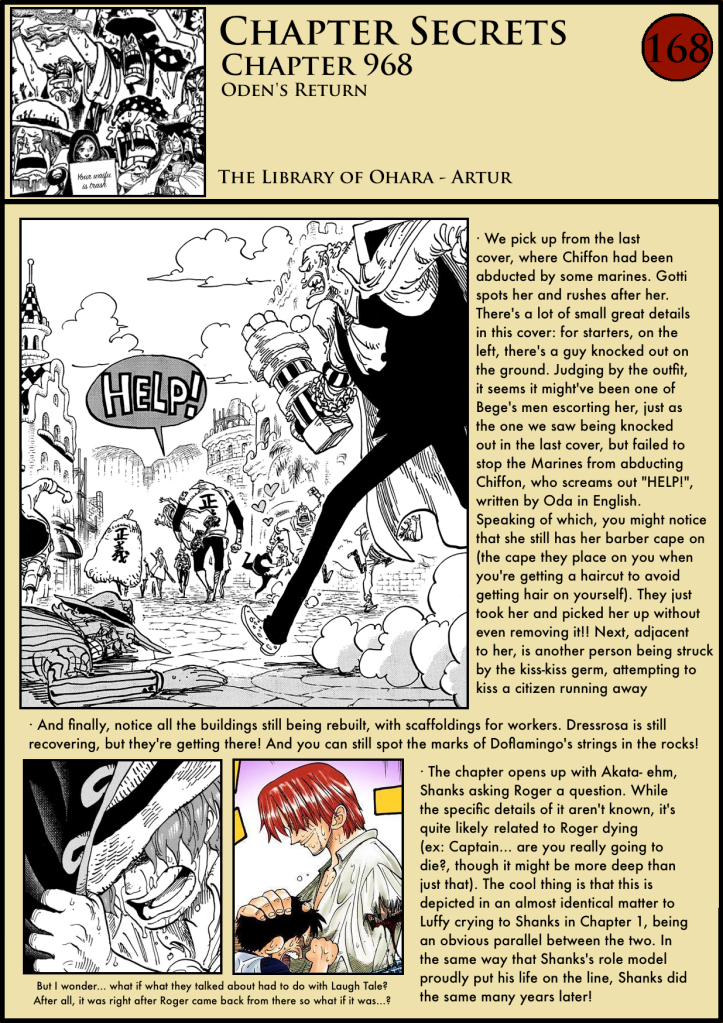 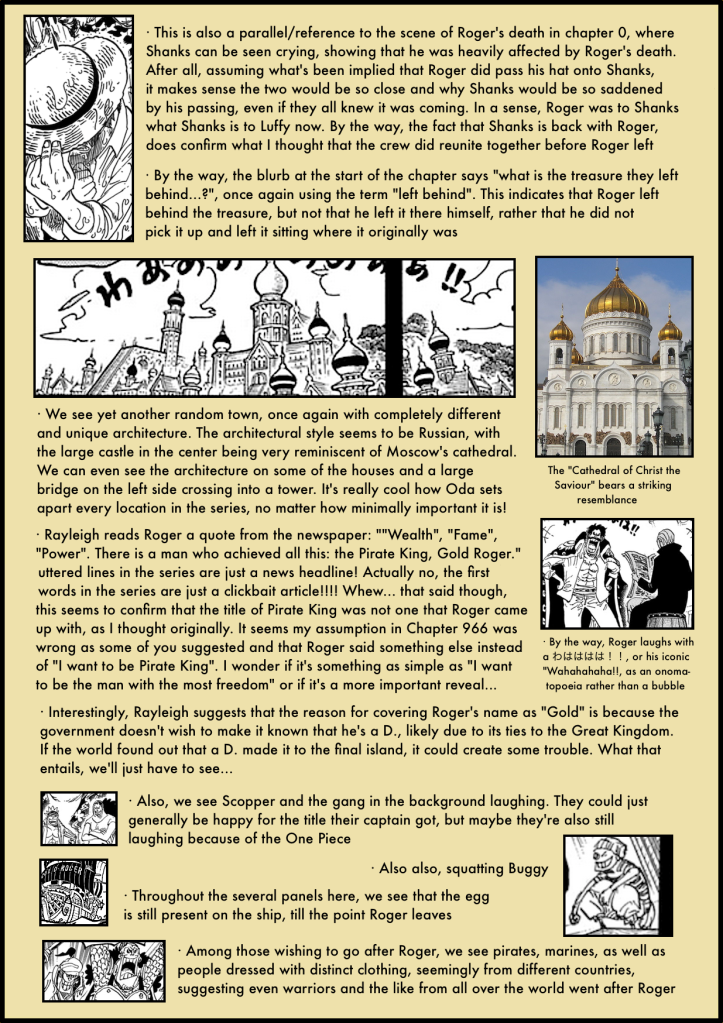 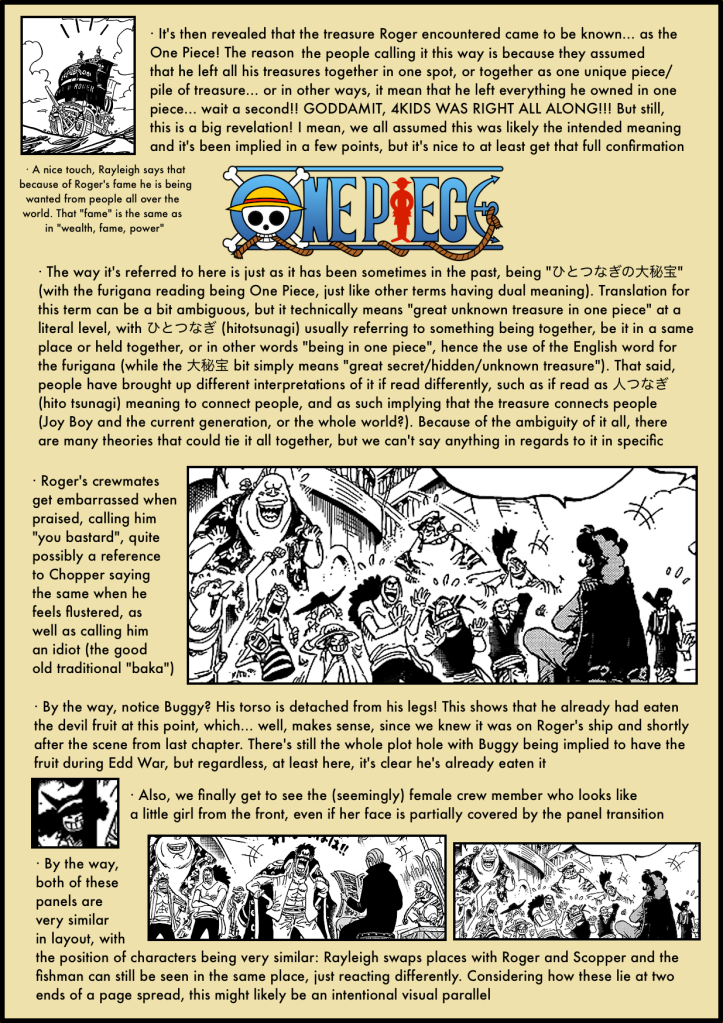 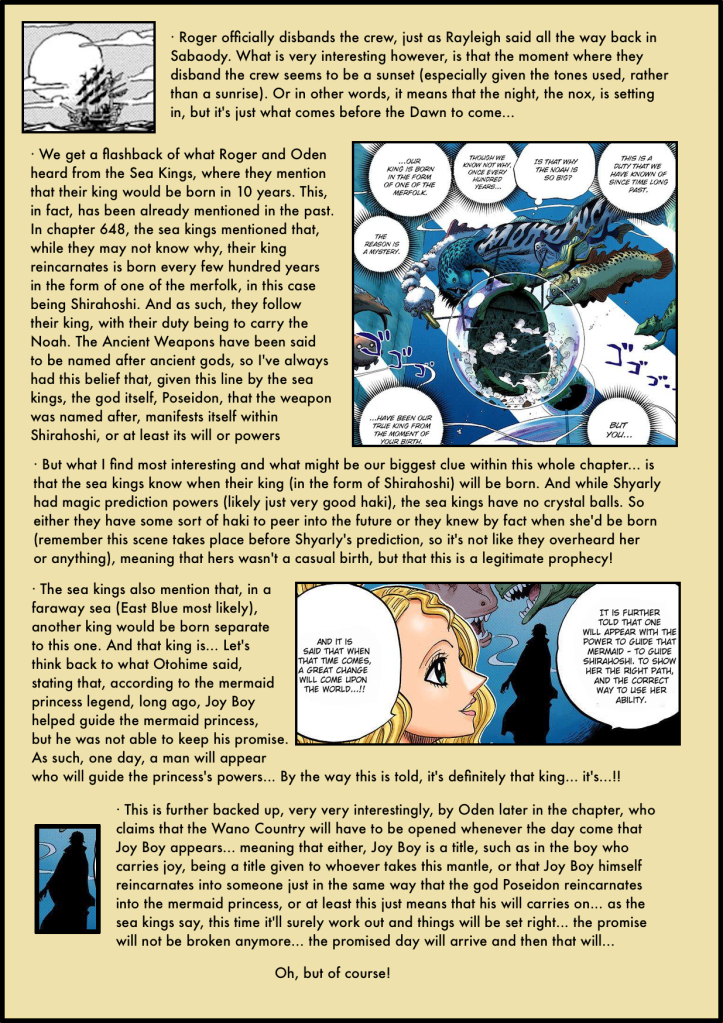 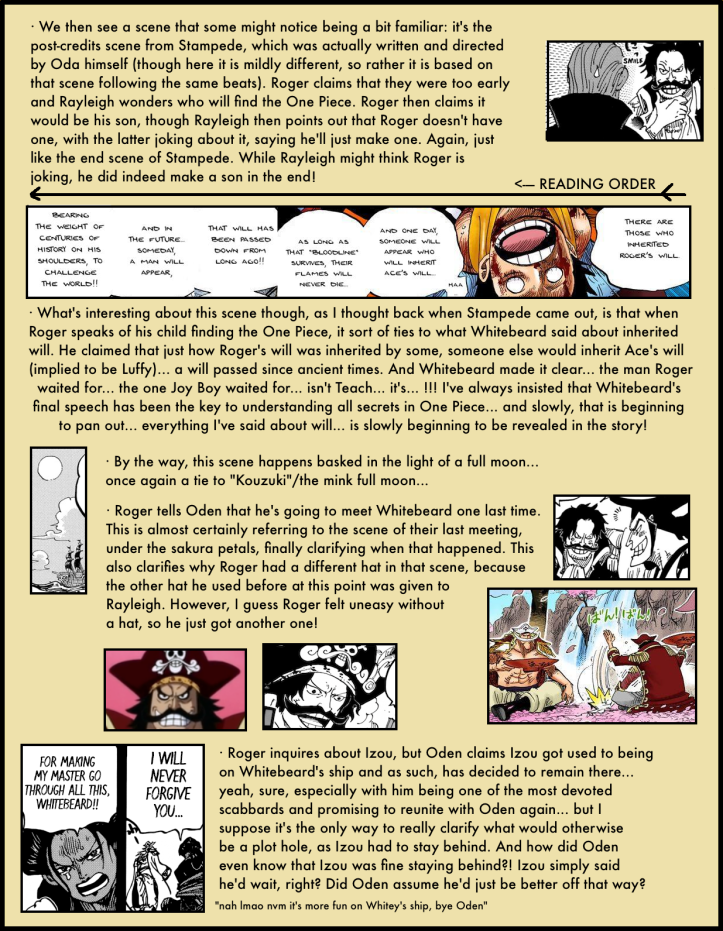 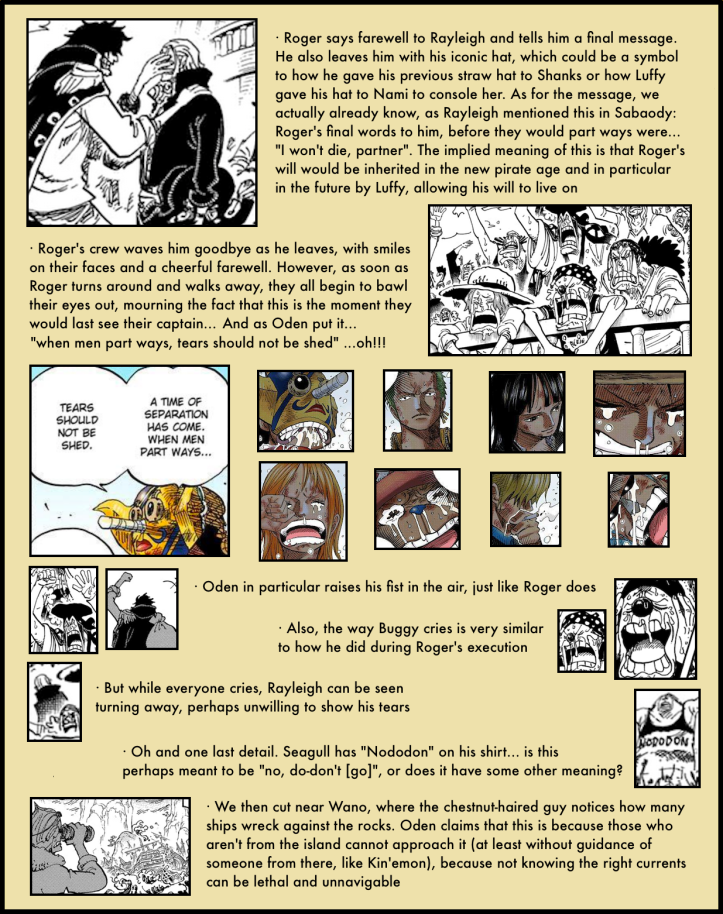 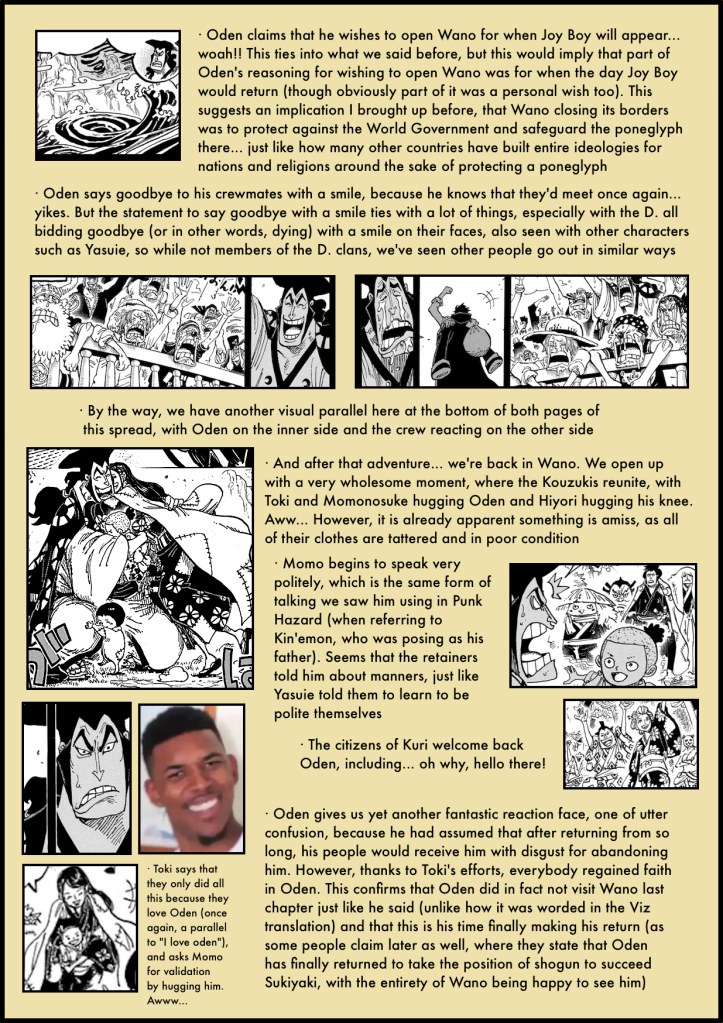 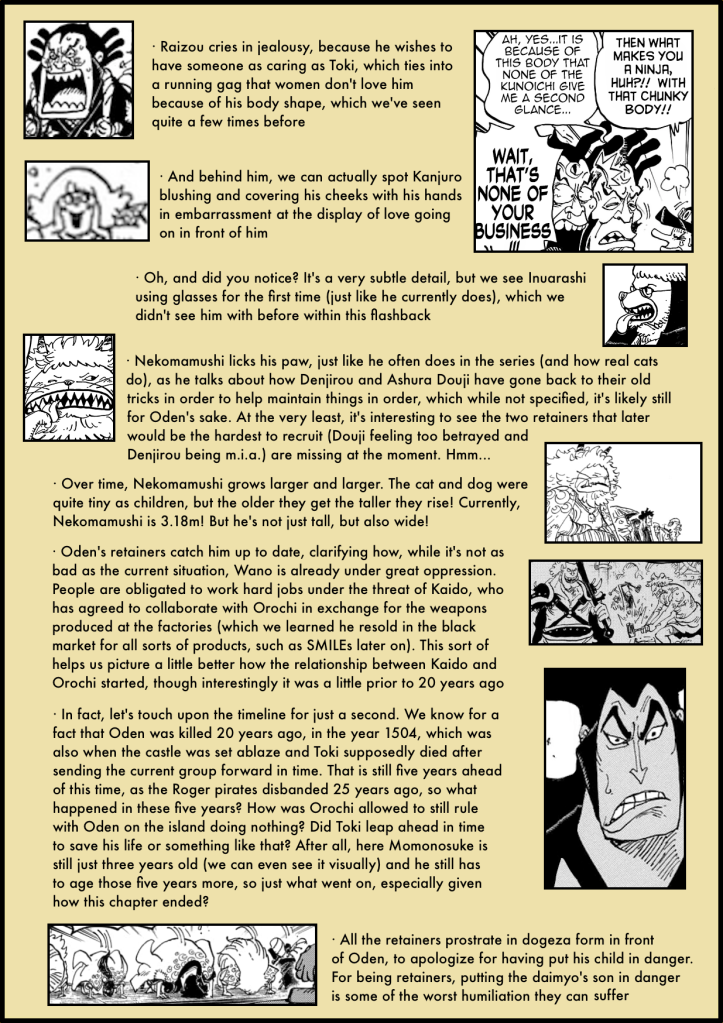 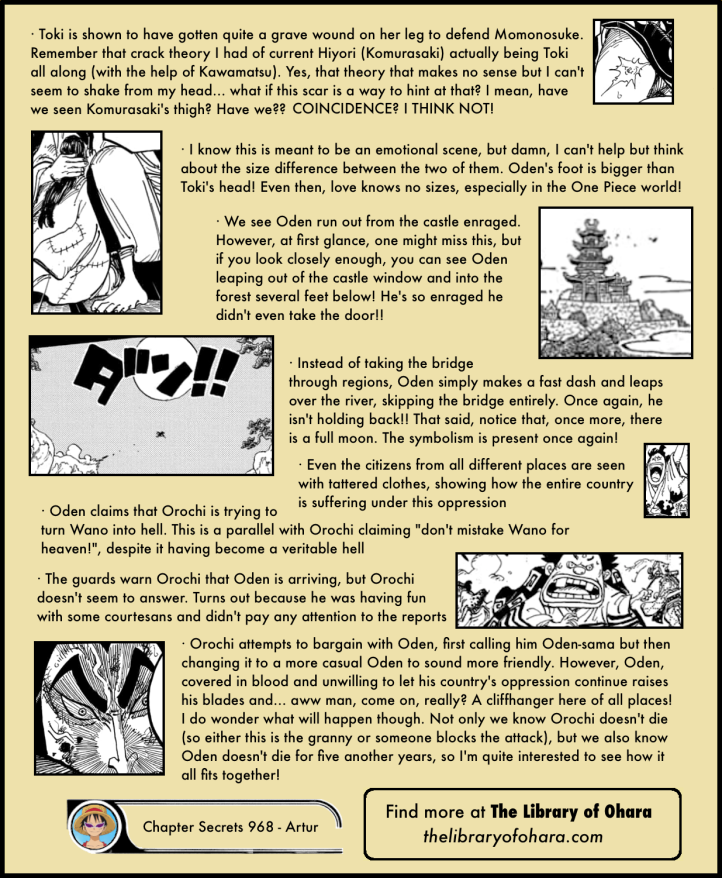 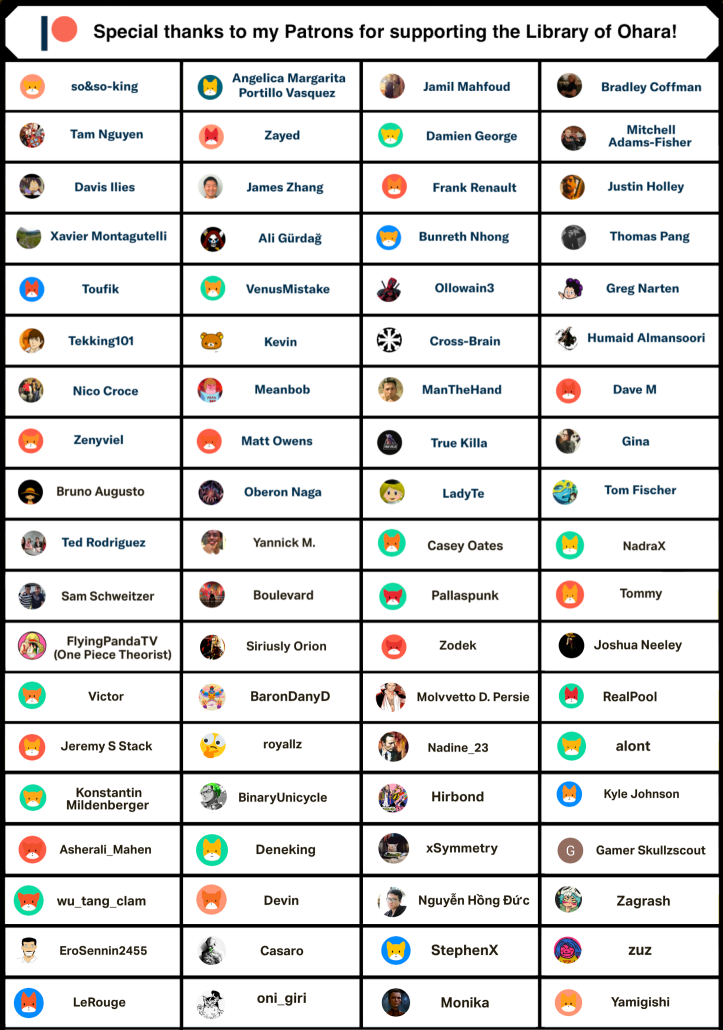