Hello everyone! So unfortunately, my computer kicked the bucket after 8 long years, so for the moment being I cannot edit anything until I get a new computer. However, I don’t want to leave you guys without chapter secrets this week, so I’ll try my best to do a rough version from my phone. Enjoy!
We now move onto Sai, getting a good shot of his ship, the Happosai, which is based off Chinese junks. The characters on the sails are, fittingly enough, for “Happo”. 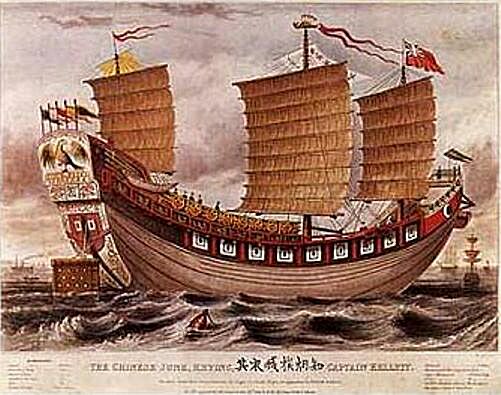 Back in chapter 823 we heard a member of the Kano country mention that Sai wouldn’t make it in time for the Reverie. Is it too late? Will this lead to Sai going to the Reverie or will this focus on his marriage with Baby 5? (personally, I’d vouch on the latter)

Speaking of which, there they are!

You can see some sparks come out of the forest, left by Zeus’s strike.

And if you look at the Sunny, you can see dust emerging from Brook and Chopper’s fighting.

Among the nameless defeated soldiers, there’s a familiar face, being Gravlax!

You can also spot several homies looking distraught at what just happened.

Jinbe and Luffy visibly feel the earth trembling because of Big Mom.

Oh my… it seems Big Mom got a new… ehm, peculiar craving fit… 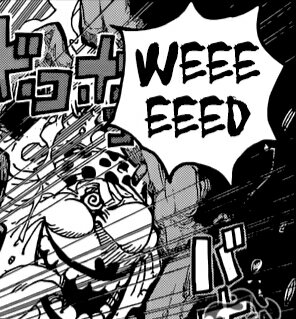 Big Mom shows visible damage for the first time (excluding the knees), which, given how tough her body is meant to be, speaks volumes for Nami’s feat.

For those that don’t remember, Pedro is referring to this scene from chapter 828:

Given her three-eyed biology, Pudding has heart eyes on all three eyes: 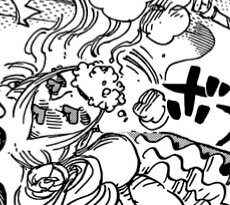 The same applies to her tears; 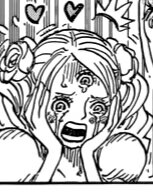 Priceless reaction from our heroes. 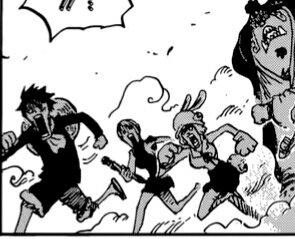 This means that Big Mom will chase them riding Zeus, while they escape on the Sunny.
As Big Mom readies her attack, best homie readies himself too.

This is obvious enough, but Flashback refers to the narrative mechanic of a character recalling a past event. In this case, the flashback takes place literally, with each homie recalling their past memories. 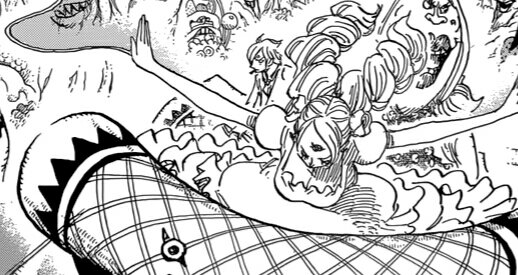 Seriously Perospero, what the hell are you doing here? You said Big Mom could kill you and yet you get right in front of her path?! This guy deserves to be killed! 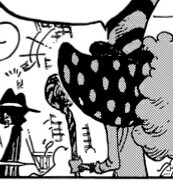 Some of you probably want to know my thoughts on the Pudding shenanigans, so here we go: I don’t like it. Personally, I thought that Pudding was a fantastic character, her betrayal was painfully genius, so seeing her being relegated into a joke character feels very disappointing. It feels like Oda can’t keep the lasting consequences of an evil female villain (an issue similar to his fake deaths) and had the necessity to redeem Pudding, but to keep her in character he had to resort to this. Though don’t get me wrong, I don’t thonk this is necessarily bad writing, just a poor direction of character. A divisive topic to say the least, I’m interested on what the community will think at the end of it all! 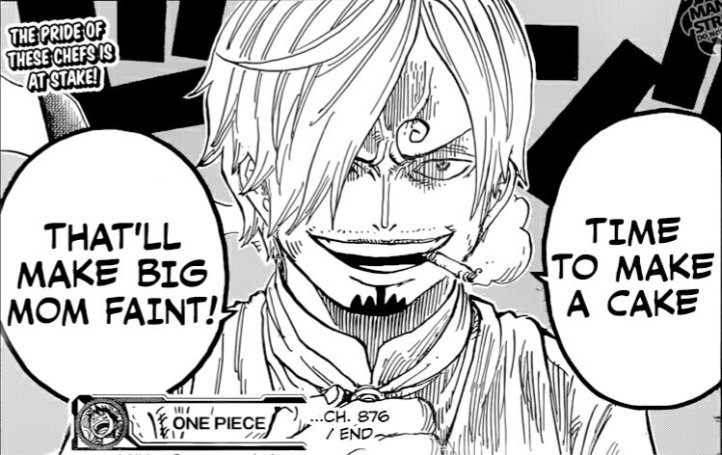 It took Streusen three days to bake the cake, so how will they make it in such short time? (not to mention that it’s half a day of sailing to get to Cacao Island)

But by the way Sanji describes it, it seems he literally is planning to make her faint so that they can get away. Let’s get baking!

P.S.: Sorry again for this format, I’ll try to get a computer as soon as I can. Thanks for your patience!