I’ve been working on getting back and on previous analysis, but this time I just had far too many things in mind with this chapter that I had to do a quick improvised Chapter Secrets. The series will be back in full force by beginning of next year but for now enjoy this special!

Disclaimer: I won’t get into too many things that were introduced in previous chapters. Yes, Diesel is a type of train and a food brand among other things, but he was introduced in another chapter. I’ll get to him and others in more detail in the future.

– The cover is a pun on “heavy smoker” since Heavy is written as “Hebi” in Japanese, the same pronunciation as Snake, making it a pun with “heavy smoker” and “Hebi (snake) + Smoker”. The snake, like Smoker, is smoking two cigarettes. He’s also sporting a 30’s Fedora to give that stereotypical image of someone like Humphrey Bogart. 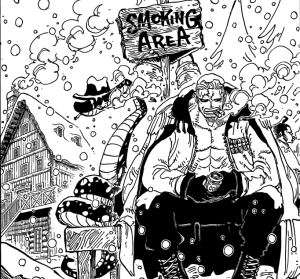 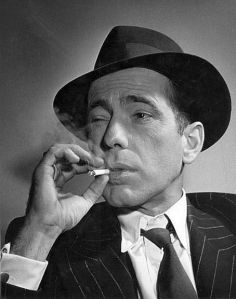 – All clocks point in different hours, which is Oda’s way to say “screw you” to me for trying to find out the hour : P

– This woman’s design is quite similar to that of Elizabeth, aka the idealized version of Tibany. Just a case of Oda drawing two similar background characters 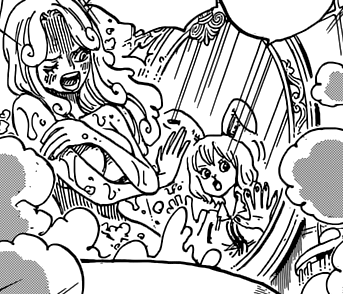 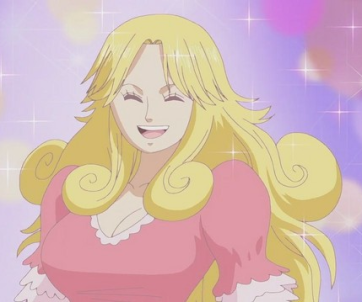 – Welp, Pudding’s evil confirmed. This is too much of a plot flag 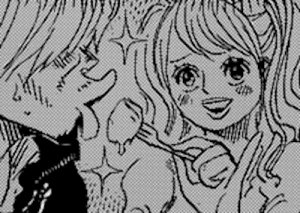 – This chapter introduces Tamago’s and Pedro’s bounty, with Tamago’s standing at 400,002,900 Belly. That’s unprecedented for a million+ bounty to have it’s last three digits not be zero, the only exception being Pandaman whose bounty is 3,333,333, though that is meant to be a joke

– This is another example where bounty does not equal strength. Despite Tamago having a bounty 80,000,000 Belly higher than Zoro’s, he still got easily defeated by Pedro (though he’ll probably get back up)

– Tamago uses a rotating cartwheel to strike Pedro with his leg. In this case, the round egg body is quite helpful, since it’s shape can allow for quicker spinning and for the momentum of the leg to be carried with more force 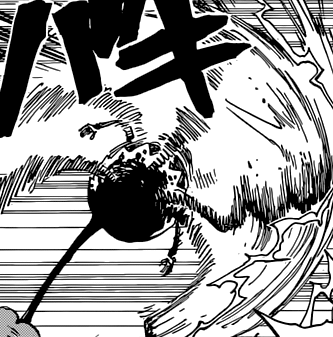 – Big Mom’s crew embodies diversity. In this panel alone we get a man with a chicken crest, one with baroque-like hair (almost Igaram-ish), one that looks like a dwarf and another that looks like a small Capone! 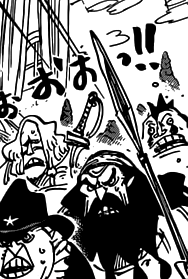 – In this panel Pedro floats away by using his tail as a propeller, in order to attack Tamago from the side 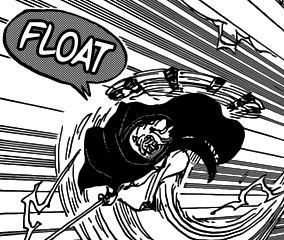 – This certain “Zepo” is undoubtedly a relative of Bepo, given the same breed, fur, ears, lips, teeth and similar names. However, given how he only had 30 years of life left, I’d say it’s safe to say that he’s his father 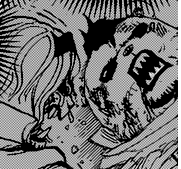 – This explains how the roulette works in a case like this one, where the lost years are shared between all accused members (in Jinbe’s case however, the roulette would all be on him). It also confirms what I theorized, that the numbers represent years taken away from you by Big Mom

– RIP Zepo. You will be forgotten

– We were told that Pedro was just a child when Inuarashi and Nekomamushi left Zou. This means that he was born somewhere in the early Kaienreki-1490s which would make him around 30~ish years old. This fits, as with the 50 years taken away it’s as if he were 80~ish years old

– This scene takes place 5 years ago, where we can see a slightly younger Big Mom 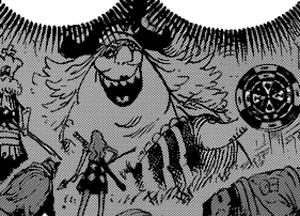 – Pekoms says that Pedro is “like a brother”, which is fitting enough given how he also called him “brother” when they met again on Zou

– Finally we get a name for “The Dawn”. I was starting to call it “the rebirth”, but the dawn is much more fitting. This refers to what will happen when the One Piece itself is found and the world is turned upside down, though the name “Dawn” tells us that turning this world upside down will give birth to a whole new one, almost like “the dawn of a new world”

– This also is quite interesting, given how the story begins as “Romance Dawn”. In other words, the tale of One Piece begins an ends with a dawn

– Pedro strikes down Tamago, in such a way that his egg literally breaks, leaving behind an egg yolk, which does suggest him having some kind of Devil Fruit, probably a Tama Tama no Mi (Egg Egg Fruit) or something 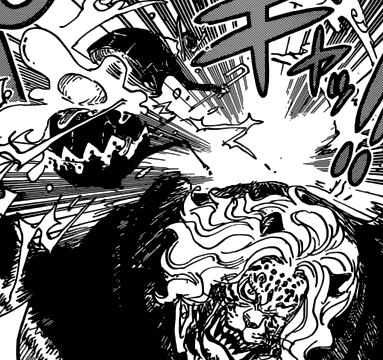 – However I don’t personally think this is the end for Tamago, for three main reasons, one being his rank and status, two being how his egg powers are unexplored and three being that we didn’t see him defeated, which is something Oda would usually show us. I think instead his egg powers might allow him to reform or strike back to fight Pedro again

– Ok, if anyone else says that Pudding isn’t the three-eyed girl I’m slapping him

– Well damn, Pudding’s evil. Over the most recent chapters I’ve been lingering between if she was good or evil, since I tried to think what mindfuck Oda wanted to go with. In the most recent chapters I was going towards the side that she was good but I was quite surprised by this! I’m so glad I was wrong, since this came as an amazing plot twist, especially what she said to Luffy and Nami. I guess she suffers from Monet’s anti-nakama syndrome

– I do however think this is quite genius. With so many princesses befriending the Straw Hats, it’s refreshing to see one that is absolute scum. It really shows how much One Piece’s writing has gone up since Zou began. In fact I recommend rereading some of her scenes. It’s very interesting to see her acting and faking once you are completely aware of the truth.

– So this is how the whole thing went: Pudding herself lived in Chocolatown for a few years gaining the trust and love of the citizens around her to build up a reputable trust. When Sanji landed at Chocolatown after having been shown Pudding’s picture, he visited her and she pretended to fall in love with him. As soon as the other Straw Hats arrived and they were spotted by Big Mom’s reconnaissance, Pudding searched for them and used an excuse to approach them and lead them to the Seducing Woods. She kept playing her role even in Tamago’s presence when choosing her dress (who isn’t aware of her true personality), making Pedro and Brook believe that she was innocent. She then proceeded to act as needed and tricked Sanji up until now

– However, beyond all of this, I still think that to a certain extent Pudding could possibly not be entirely evil. OKAY, OKAY, HEAR ME OUT. I’m not trying to beat a dead horse by pretending that Pudding is actually good or anything like that. She’s rotten to the core. But I think there might be more; my reason for this is her third eye. Specifically the fact that when she is evil her third eye shows up yet when she is kind it doesn’t. It’s been incredibly specific

– In the datebook Dive into New World it was said that Pudding was part of an unlisted “three-eyed race”. Then again, it also listed Pekoms and Bepo as not Minks, so I don’t think the book was written by Oda. Because of this, I think her third eye might come from a Devil Fruit. This Devil Fruit specifically would allow her to adopt a completely different persona by hiding her eye since, even being the most convincing actress in the world, it’s hard to believe that she has been able to keep such an impeccable persona in front of so many people for years without making a single mistake

– It’s obvious that the evil side is controlling the kinder side but the real question is: is the kind side aware that she is just a version of the evil side, fully knowing her true intentions? Or is the kind side unknowing that she even has an evil side? Truth be told, I think it’s just the first case as I fear that Oda won’t delve into something so complex. But it would’ve been cool if Pudding really had a kind side to her unaware that she was being controlled, making Pudding not good or evil, but both, tricking both sides of fans on the matter

– Anyways, I think that Pudding’s third eye could possibly have some vague inspiration on the third eye of the Hindu deity Shiva. His third eye sees “beyond appearances” (fitting enough with Pudding) but more specifically wipes out all evil with no mercy, awakening Shivas more burtal and merciless side. While Pudding definetely isn’t wiping out evil (unless you count the Germa), her third eye opening is when she becomes more savage

– It’s also worth brining up again the fairy tale “One-Eye, Two-Eye and Three-Eye” where the evil one-eyed and three-eyed sisters tormented the poor two-eyed sister. Two-eyes used a lullaby to make one-eye and three-eyes’ eyes close and fall asleep, but three-eyes’ third eye was immune to this and was able to see how two-eyes secretely procured herself food. But interestingly enough, after certain events the evil sisters decide to repent and apologize to the kinder one

– Though please keep in mind that Oda usually takes few aspects from historical inspirations and mixes them up with his own ideas, so for example the evil sisters repenting doesn’t necessarily confirm Pudding redeeming herself

– Oh and beyond all this, you can see Rabian the Arabian Carpet and Nitro the Jello in her room too. You can also see that her door is locked from the inside

That’s all for now, I’ll be in full swing next year. Merry Christmas everybody!